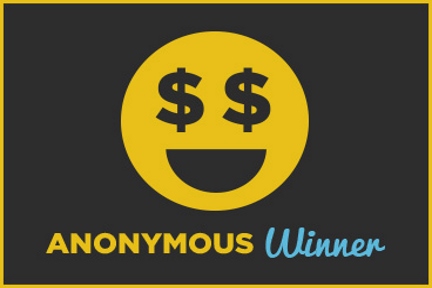 The winner shared that they had bought the ticket early on so it would be eligible for all three Early Bird drawings. “I made sure to check my ticket after every Early Bird drawing, but forgot about checking it for the final drawing,” the winner laughed. “It was only until today that I saw it in my vehicle’s console and thought I’d take it in to check it along with my scratchers.”

The retailer told the player it must be a big winner and to bring it to Topeka to claim. Having no clue how much the ticket had won, the player called the Kansas Lottery to find out the exact amount before making the trip to Topeka.

“They told me to sit down before telling me I won $1 million! We were in complete shock and started crying we were so happy about the win!”

While the winner plans on investing most of the money, they will also use some of it for a well-deserved vacation. “This whole thing is like a Cinderella story for us,” the winner said. “We’re hard workers and we’re just so thankful.”

The winner noted they’ll try again next year for another $1 million from the Holiday Millionaire Raffle game, as well as fill some stockings with Raffle tickets.

The winning ticket was sold at Bryan’s Liquor at 840 N. Washington St. in Auburn. The retailer is eligible for a $1,000 selling bonus for selling the winning ticket. Players can find a complete list of the winning holiday Millionaire Raffle numbers on the Kansas Lottery’s website.